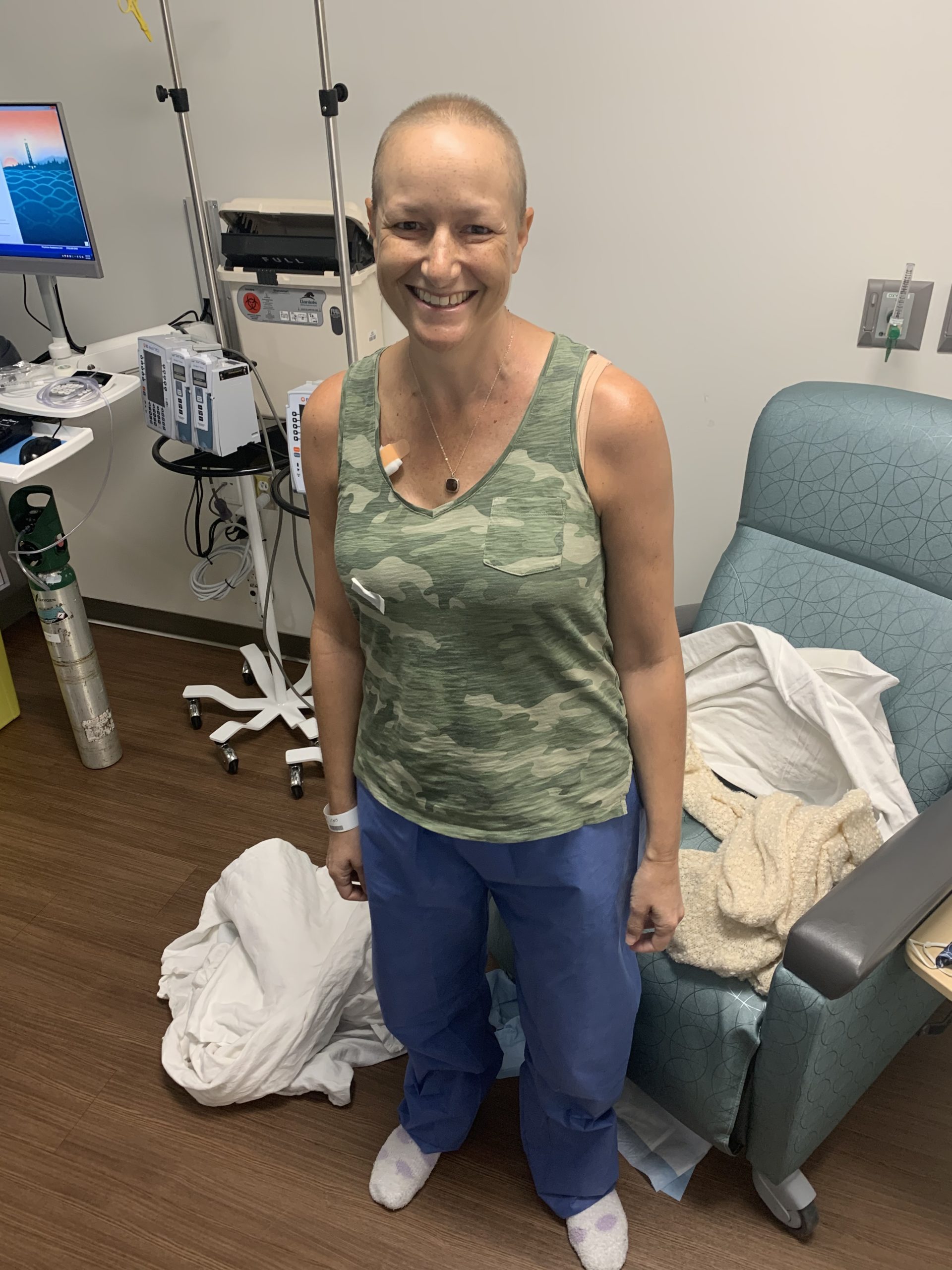 WARNING: This may be my most vulnerable post yet and it contains somewhat graphic descriptions.

It’s taken me some time to finish writing this and publish it. It’s very vulnerable and each time I revisited it, I questioned posting it. What was my intention in sharing this? Was it really necessary for people to know this or was I doing it for myself? A wise friend told me, everyone has the right to write, whatever they want, for whomever they want and for whatever reason they want. So I sat down and began typing again. Is it for me? In some ways, yes. It is a piece of my journey which I do not want to forget and as you know, writing also helps me process. Is it for the reader? Yes. I want people to know just how sucky this cancer fuckery can be. Not so that you can feel sorry for me, but as a way of educating you, so you can know more and apply it to future situations you may encounter, as a caretaker or supporter of someone going through this fight. Everybody’s fight is different and I hope my words help you know and understand more about dealing with cancer.

When I had my first chemo treatment, on March 17, 2021, I had a reaction to the last of the 4 meds that day, Carboplatin. Within minutes of the med coming through the tube and into my body, I began to feel very hot and nauseous. Derek told the nurses, they stopped the medicine, gave me some meds to help, waited until it all subsided (which was fairly quickly) and then we tried again, at a slower rate of dosing. I was fine for the rest of that treatment.

Between March 17 and August 3, I had successfully received Carboplatin 10 times, in varying doses.

August 3, 2021 was to be my final day for both Taxol and Carboplatin. The 2 harsher chemo meds I’ve been receiving. As you all know, this has not been a straight path for me. It seems chemo isn’t a straight path for many. I’ve adjusted to the turns, even when I was scared or didn’t want to.

In my recent blog post, I shared that leading up to this final treatment, I had been feeling a lot of mixed emotions. I went into this final treatment still not quite knowing exactly how I was going to celebrate the win, but that I would, in a way that felt good to me. I wanted to honor the completion of this step in the journey. If nothing else, I would walk out that door with my head held high, a smile on my face and a feeling of victory!

Cancer, chemo and my body had other plans. All was going as it has every week, plugging along. I had finished Taxol and was finishing the final minutes of icing my hands and feet, when they started the Carboplatin. Derek and I were looking online, making plans for a family vaca we’re planning to take before my next surgery. I started feeling pain in my back and a slight wave of nausea. I said to Derek “I don’t know why, but I don’t feel very well.” He asked if he should get the nurse and I said no, it’s probably fine. Seconds later, that all changed and I told him to get the nurse. I was so incredibly nauseated, my face began sweating, I was so hot I felt like I needed to strip naked in order to breathe. The nurses had rushed in. They stopped the Carboplatin. One was taking my vitals. Another getting info from Derek about what happened. Another bringing in an oxygen tank. Someone taking the ice packs off my hands and feet. Questions being asked. So many people in this little room. So much noise. And all I kept saying was that I needed something to throw up in. As soon as a nurse handed me a bag, I violently began dry heaving. I was so hot and used the little energy I had to ask for cold washcloths on my neck.

The dry heaving continued. I remember the nurse telling me to take deep breaths. That I was having a reaction to the med and that it would go away. The next thing I knew, as I was dry heaving, I wet myself. Yes, you read that correctly. I fucking wet myself. I had no control over my body and hated it. Normally, once I finish with the ice on my hands and feet, I use the bathroom, as I’ve had to sit there for over an hour and have to pee. Well, I hadn’t had that chance. I hadn’t finished with the ice, so I hadn’t gotten up to use the bathroom. I remember saying through the heaving and the tears, that I had peed. The nurse rubbed my back, wiped my forehead and neck with the washcloth and said “It’s ok. Don’t even worry about it.”

I was telling them I needed to get to the bathroom. I could feel diarrhea coming on. They tried to have me stand and I couldn’t, so they got a wheelchair. I had to be wheeled to the fucking bathroom. Honestly, I don’t even really remember it. I do remember having awful, loud dry heaving on the way and feeling so bad that other people around the infusion center were having to hear that. And I know I got to the bathroom in time. Thank goodness.

The cramping became so intense I could barely take it. Nurses were coming in and out of the bathroom, talking about what meds they were giving me (yes, I was still hooked up to IV) to help and meanwhile, my amazing nurse continued to talk with me, help me breathe and kept alternating ice packs on my neck and cold washcloths on my face. It was a team effort by the nurses. “FUCK. It hurts so bad” was what I kept repeating. Never did one of them tell me otherwise. They were 100% with me and wanted me to express my emotions. There was nothing pretty about this. They knew that and never once made me feel exposed or embarrassed.

Eventually the meds kicked in, the sweating became less, the diarrhea and dry heaving subsided and I was able to return to my body. After some time, they gave me clothes to change into. You know those huge netted underwear you get after you’ve delivered a baby? Yup, THAT is what I wore. Ladies, I’m here to tell you, they’ve gotten better. 😉 Still not something I wanted to be wearing but it was what it was. I topped those with a pair of disposable scrubs (who knew such a thing existed) and was wheeled back to my room. Once back in the room, I glanced up at the clock and saw it was quarter-after. It didn’t make sense at first, because I recalled looking at the clock shortly before all of this, and it had been nearly quarter-after. Knowing the episode was longer than a few minutes, I glanced at the clock again, only to realize it had actually been an hour. An entire hour of pain, cramping, dry heaving, diarrhea, sweating and cursing. An entire hour of Derek sitting in my infusion room without me. An entire hour of amazing nurses taking care of me.

I was exhausted, weak and still in pain. Once I was cleared to leave, the nurses asked if I wanted to be wheeled out to our car. No fucking way! The least I could do, on this final treatment, would be WALK out of that suite. I waited until I felt well enough and Derek and I walked out of there. My head may not have been held high, as I pretty medicated, but I walked and I was smiling (that could’ve been the meds too!).

There really is no explanation for my having these reactions on both the bookends of my treatments. I’ve had some time to reflect and I’d like to believe that for this one, my body was just DONE and this was it’s way of declaring loudly that it would not accept any more of these meds. My body didn’t just reject it with a little nausea, as it had back in March. It literally had me excreting from every part of my body.

My body was screaming “NO MORE FUCKING CHEMO! WE ARE DONE HERE! STOP THIS NOW!” 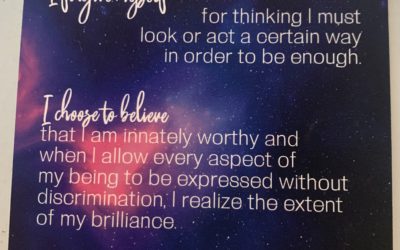 It's midmorning on a Wednesday and I'm sipping a hot cup of coffee at my desk at the radio station. I hear my name...

Yesterday marked one year since my final full chemo (TCHP) treatment. As you may recall, that day did not go well. As... 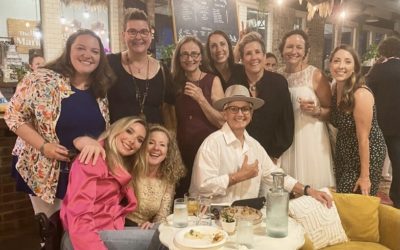